There is a very large difference between an investor and a speculator. An investor, through thorough research invests because he or she has a high probability of earning an acceptable income greater than cash or government bonds over the life of that investment.

A speculator simply guesses on a higher price in the future.

Gold has no income, anyone who calls themselves an investor in gold is really a speculator.

There is no rational reference for the price of gold. It could be $200 per ounce or it could be $10,000. The price of gold is determined by the greater fool theory. Someone dumber than you is expected to pay a higher price than you did. This can turn out to be highly profitable for a very long period as has been over the last 10 years, but you usually run out of fools.

The cost of digging gold out of the ground can be as low as a few hundred dollars for the best mines up to the more recent very marginal mines of well over $1000 per ounce. The reference point for gold should usually average somewhere around just above the marginal cost of the lowest cost producers.

Over the very long term, gold has sat at around $400 to $600 per ounce in todays money. There are two exceptions. The late 70’s and the most recent bubble. 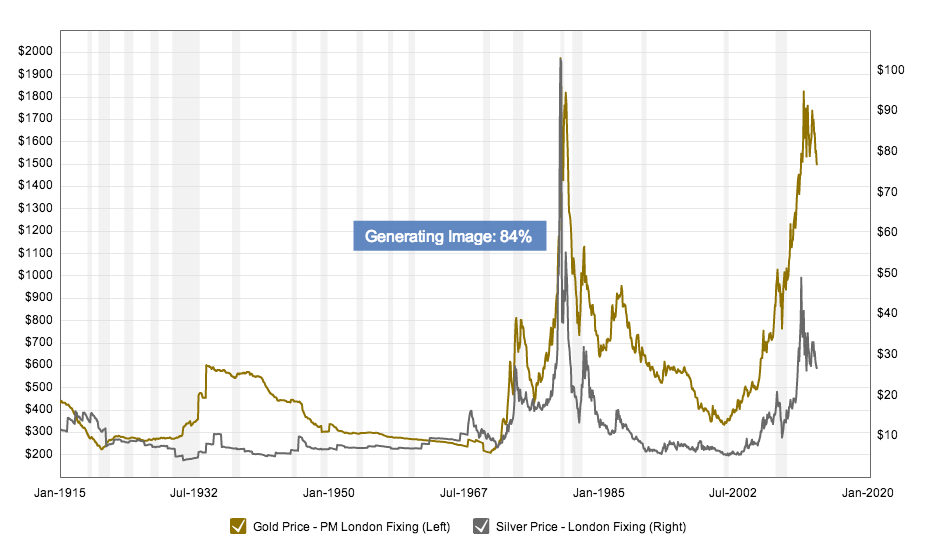 As I said, there is no definite reference for gold, but those that are betting that it should remain at multiples above its 100 year average are taking what I consider a fairly dumb bet.

Just like house prices in Australia, they can remain irrational for very long periods of time, however when there are fewer greater fools, they return to more rational levels. This can take many years. The trick to becoming wealthy is to attempt to avoid betting on the irrational assets and wait for the irregular but very obvious bargains which come around every few years. The bubbles are less obvious when they are in full force, but the more astute investor waits until the phrase:

“You will never make money investing in ….. ever again”

These are my favourite words. They can be in the form of quotes such as “The death of Equities” (1982) or more recently “You will never make money in US property in our generation” (at a period when you could buy $50,000 houses with 20% rental yields trading at half their replacement cost). Gold is nowhere near the “never make money again” stage. If it got below the $400 to $600 an ounce, I may look at “speculating” on a few gold miners, but until then, it still looks to be well into bubble territory to me.

Like our blog?
Sign up to our monthly newsletter and get the latest Valor news and investment advice straight to your Inbox.